To All the Nations 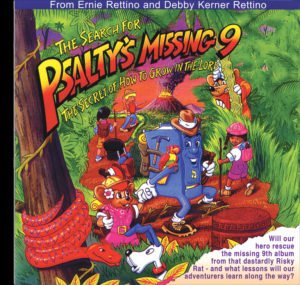 “Therefore go and make disciples of all nations…” Matthew 28:19

I remember as a five year old sitting in the car listening to the audio tape over and over again.  We were getting ready to put on a “Psalty” performance at our Church with a focus on Missions.  Over and over again, I would sing out the letters to “Missionary” in a spin of the classic “I am a C – H – R – I – S – T – I – A – N”.   As a child, I learned about the stories of missionaries, Amy Carmichael or Jim Elliot, who would leave everything behind to go to the very ends of the earth.  Living among the indigenous people, they made great sacrifices in the name of Christ. I thought about these moments as I reflected on my conversation with Paul Scott who ministers in Vietnam. As we shared lunch with Paul, he spoke about the need to come alongside of the ministry, to enable, to equip, to support – not to be the token figurehead who is always on the outside.

The paradigm of how we have done global missions has changed over the years.  This is not to discount those who have successful ministries and have lived overseas for multiple years.  The paradigm instead recognizes that the same methods do not work in all of the same contexts and cultures.  In a number of locations, a westerner coming across the ocean is seen more as a colonizer than one bringing a Gospel of Peace.  We do not intend to do so, but we intermingle the Gospel with customs and traditions that have nothing to do with Scripture.  We have a certain way of conducting our services, sing our songs, or even preach which has nothing to do with Biblical precedent, just preference. Even the way that we come to conversations which is direct and to the point may be considered rude or offensive.   And to this point, we must ask ourselves whether the Gospel is being the stumbling block or ourselves?  If the Gospel is the stumbling block, than by all means let it be so (Gal. 6:14)! If it is us, then our practices, whatever they must be, must change (Rom.14:13).

By equipping those who are native to the region in which we are sharing the Gospel, we will provide a more effective strategy and one which follows a Biblical precedent.  Paul’s three missionary journeys provide a model in which we can emulate.  Each of his missionary examples, were targeted trips to new regions in which the Gospel had not yet been clearly preached.  Each of his trips ranged from a time period of 2 – 5 years.  He would stay in some towns for a short time and other locations he had a more prolonged stay.  Yet, note that his focus while there was teaching the Word of God, enabling leaders, and providing Church governance for the purpose of a continued spread of the Gospel and discipleship.   He would remain in contact with these Churches after he left through written word and would check-in on their ministry as able through his subsequent missionary journeys.  The Church was never about Paul, it was about Jesus.

From this we learn three lessons.

Let us consider how we may partner with the ministries currently active in the region.  This may mean that we may not get all the attention, but it certainly means that Christ does!