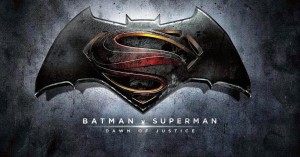 Perhaps part of the reason for the movie’s success is the curiosity on the part of moviegoers on how the filmmakers would pull off pitting two good guys against each other. Will two of the most revered superheroes really battle against each other? Can these two crime fighters for justice co-exist without destroying each other?

Typically this line of thinking is attached to the problem of evil and suffering in this world, and God’s part in preventing or allowing it.

While much more could be written on this topic, let me share just a few thoughts to get you thinking about Luthor’s statement.

In Genesis 1-3 we read of God creating a good world void of evil and suffering. However, these chapters also record the willful disobedience of Adam and Eve against God. When they sinned, this ushered in the power of sin and evil in God’s good and perfect world. This sin has not only affected every person since Adam and Eve, but it has also tainted God’s creation. All of this was not the doing of a good God.

God is also good when it comes to the presence of suffering and evil due to the reality of the moral struggle between right and wrong that exists in all people. This moral sense has been placed in us by a good God who values justice and goodness, and cares deeply about sin and suffering. Even our claims that God is unfair in how he handles evil appeal to the very moral law he has instilled in us.

Finally, God is good in the midst of evil and suffering because of Jesus. According to John 1:1;14, Jesus literally came as the face of God to this world. In the Gospels, we see countless examples of the kindness and compassion of Jesus, especially to those who were touched by suffering. The ultimate response of Jesus to suffering was to give his innocent life as a sacrifice for the evil of others. He, who knew no sin, became sin for us. (II Cor. 5:21) Jesus is confirmation of a good God who is not only grieved by evil and suffering, but has provided a way for people to ultimately be released from their grasp.

God is all powerful, but within the exercise of being all powerful He has allowed for free will. God in his power has given us the freedom of choice. This means we can choose to rebel against God, sin against others, and bring a certain level of sin and suffering into this world.

So, was Lex Luthor right about God? No, not according to the teachings of God’s Word which is our standard for understanding who God really is. God can be and is both Good and All-Powerful. Thankfully, the Bible once again proves to be much more reliable than Hollywood!

Disclaimer: The mention of this movie or any others in this blog is not an endorsement to view such movies. As always, Biblical discretion should be used in your viewing choices.