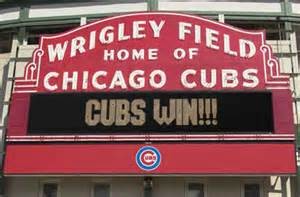 “…Always be prepared to give an answer to everyone who asks you to give the reason for the hope that you have. But do this with gentleness and respect, keeping a clear conscience, so that those who speak maliciously against your good behavior in Christ may be ashamed of their slander.” 1 Peter 3:15-16

Despite the predictions of “Back to the Future”, the Chicago Cubs did not make this year’s World Series though they made a valiant attempt. One of the thrills of baseball is the clutch of each play. How a still and calm moment can all of the sudden cause an uproar within the crowds and they are now standing on the tip of their toes. How a dropped ball can take a seemingly mundane play and turn everything upside down. Or a missed step can take a grandiose play and immediate hush the crowds.

Imagine this. The pitcher winds up, throws the ball, and the batter slams it into center-field. Just short of hitting a home-run, the outfielder bobbles the ball only to find that by the time he throws to shortstop, the hitter has already rounded third with every intention of making it all the way. Then as he defiantly slams his cleat on home plate, the umpire is silent. Not a word…just silence. By this time the catcher has caught the ball and the silence of the umpire clicks… The catcher reaches out and taps the runner with the ball – at some point in rounding the bases, he failed to tag a bag.

If we are not careful, we can do the exact same thing with our witness. We may be heavily involved in the mission, give the greatest explanation to the world’s problems, and be diligent in our personal growth; however, fall short in showing care and compassion to those who we are trying to reach. The manner in which we speak and interact with others does matter. It reveals how our heart has been affected by the truth that we profess and the transformation power of the Gospel. We are not to be self-righteous, condescending, snide, or disrespectful. Instead, our goal is that the individual is rightfully restored to our Heavenly Father in Christ.

There is no doubt about it, we will face persecution because of the name of Christ. However, the reason that we face hardships should be due to the cross being the stumbling block and not ourselves. We have to make sure that we are not running the bases, but failing to tag up. Or else, we are running in vain.

Remember the words of this poem:

You are writing a Gospel
A chapter each day,
By deeds that you do
By words that you say.

Men read what you write,
Whether faithless or true;
Say, what is the Gospel,
According to you?